Rotary Clubs and Districts in many countries organise Camps and Tours which last from one to four weeks, usually during Summer. These are mostly in the Northern hemisphere due to the seasonal and academic year differences with the South. The majority of Camps occur between June and late August.

In most years, by April, we have received invitations to send candidates to over 90 camps, offering 100 plus places to UK & Ireland camp candidates. Some camps are very popular and some applicants become disillusioned because they cannot get a place, however, campers who take places on the camps which do not get taken up immediately invariably come back home saying what a fantastic time they have had.

Initial advice of an upcoming Camp and an invitation to send participants is normally received by the national Camps & Tours Coordinator between late November and April, although one or two may be received earlier or later.

The number of participants on each Camp or Tour varies but typically there are between 8 and 20 and normally there will be only one participant from each country, though some allow a boy and a girl or 2 candidates. The preferred language is almost always English but if this is not the case it will be clearly stated in the invitation.

Some countries also run Handicamps which specifically cater for young people with physical disabilities and usually require participants to take an able bodied “buddy” with them. 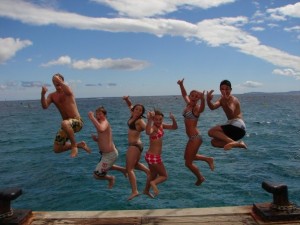 Details of Camp and Tour invitations which are currently available will be emailed to Registered Candidates as soon as possible after they are received but the list from 2018/2019 gives a good idea of what can be expected and the downloadable invitations will give you a flavour of what goes on. While there is no guarantee that these will be repeated in following years, they often are.

Still not sure? Well just read what others have said about their camp or tour.

If you would like to receive details of Camps and Tours by e-mail as soon as they are posted on the website, please Register your Interest or, if you have a question then contact us with your enquiry.